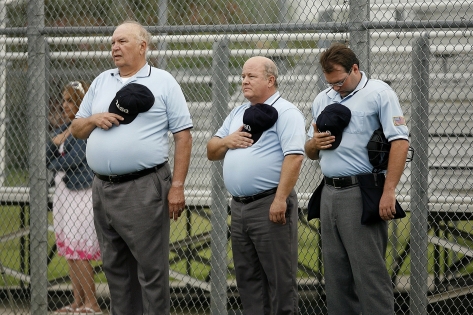 The most simple respect began to diminish when ‘anything goes’ happened at church.  Remember ‘Sunday Best’?  Now it’s ‘Sunday whatever I wear when I’m relaxing.’  The pastor at the church I was attending in high school said, “I don’t care what you wear, just come.”  An amazing thing happened, and the evolution was a learning experience for me.  First Sunday, torn up jeans and tee shirt.  A few Sundays later, torn up jeans and collared shirt.  A few Sundays later, torn up jeans, a collared shirt, and a tie.  A few Sundays later, nice pants, a collared shirt, and a tie.  It was a wonderful thing to see as a transformation and respect for our Father in Heaven grew.  But, then something else happened.  The others at church began to dress down to ‘Sunday Sort of Best’; then to ‘Sunday Whatever’.  They missed the entire point of what was going on.

Media and societal changes then bombarded us with reasons why respect was a negative trait. Respect is a positive trait, it breeds respect.  There is nothing wrong with respect.  Let’s set a goal to have the courage to show respect.  Set a goal for three simple signs of respect:

Now, on the dash of your car, or a check list on your phone, make a check mark for each time you do one of these things.  Then, in your prayers each night, express gratitude for the people that you showed respect to during the day.

Once you have done this for a month, it will have become a habit.  So, now look where you need to make three more goals to show respect and do them for a month; keeping a record in the same way so that you are reminded to express gratitude for the people you showed respect that day.
​
It doesn’t take much to change the world, it really doesn’t.  Imagine if everyone did this exercise?